The Department of Communication & Media Technology is setting up a state-of-art the Centre of Multimedia Production at a cost of Rs. two (2) crore. The studio will name after the Narad Muni, the first Journalist on earth and son of God Brahma’s,  who was well acquainted with Vedas and Puranas.  The Centre will equipped with all Pre-Production, Production and Post-Production facilities namely Audio studio, Audio-Visual Studio, Green Room, Rehearsal room, ENG Units counter and Post-Production Room wherein student can learn and record various Genre A-V programs and Radio Programs. A six member’s technical staff will man the Centre for multimedia Production to handle Cameras, switchers and enlighten the young media students about various technical aspects of Studio. The function of different units of the Narad Muni’s Centre for Multimedia Production will be as follow:

The Department is establishing a 55’x32’ size Audio-Visual studio with four cameras set-up facilities and 50 viewers sitting capacity. Out of 55’x32’ size, Studio will be equipped with 20’x32’ size multi switchers Production Control Room (PCR-cum-MCR) and a working Server room. The production floor of A-V studio is also fascinated with two big live Permanent Manual sets and a Green Chroma set especially installed for virtual Background. All these costly facilities are installed in the studio to provide hands-on practices to the Media students in A-V programs Production before debuting them in Film & TV industry.

2.   Audio studio: The Centre is also equipped with a state-of-art Audio studio wherein Media students can learn and record the different Genre Audio Programs. Besides recording Audio Programs, students will also, learn and materialize the different aspects of to set-up a Web Radio (Podcast) or community FM Radio station over here before to enter FM Radio world. An especial Audio mixer, Audio Programming software, and Audio Editing Software along with sophisticated Microphones also installed in this Audio studio to excel the young students in Voice Modulation for those who seek their career in Voice-over field.

4.   Green Room: Make-up of an Artist is a big task as this can spoil or hit the A-V programs. For this, a 10’x20’ size Greenroom was designed in this center to educate the Young Media students in different aspects of Artist’s Make-up and dressing. 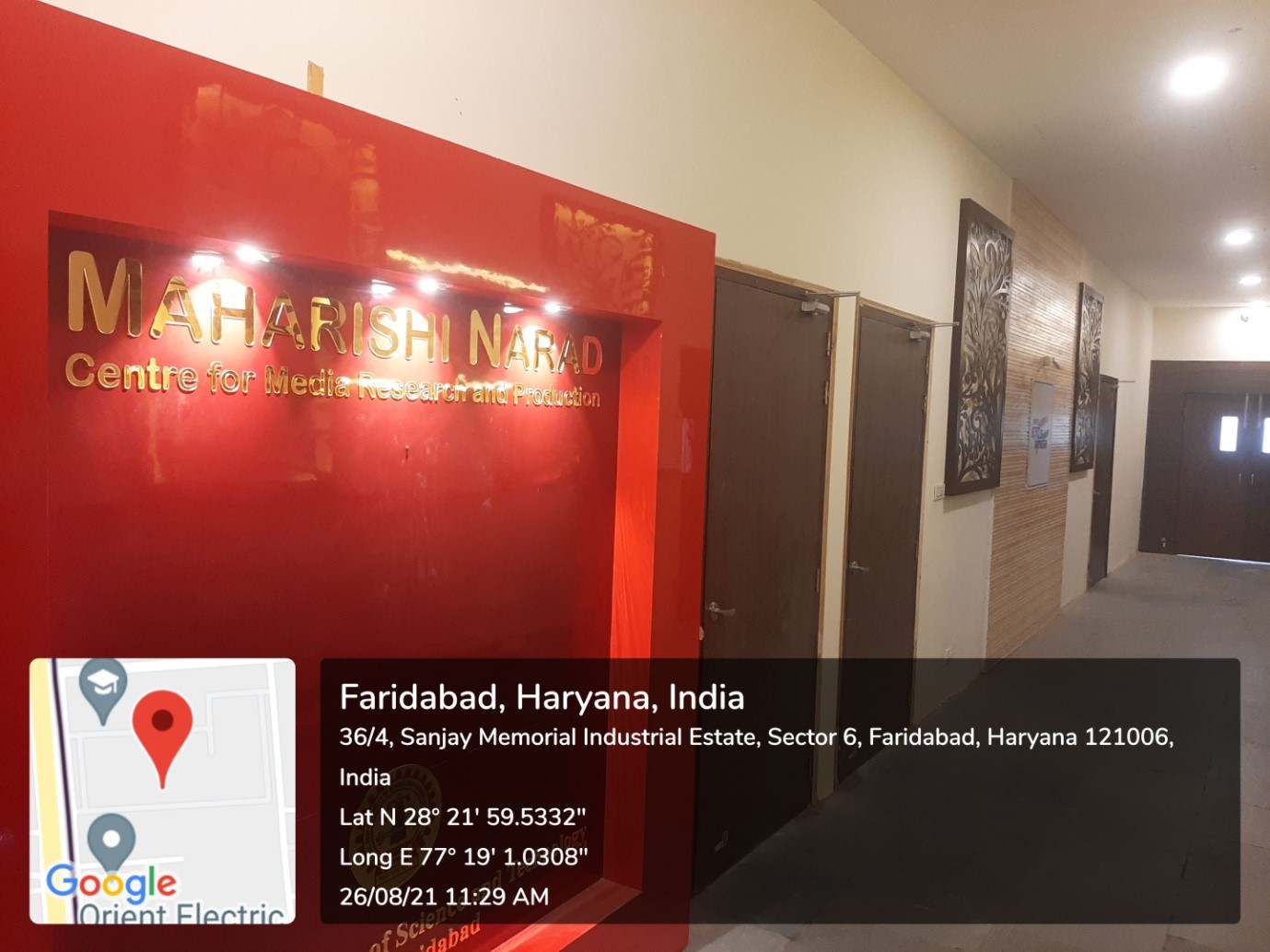 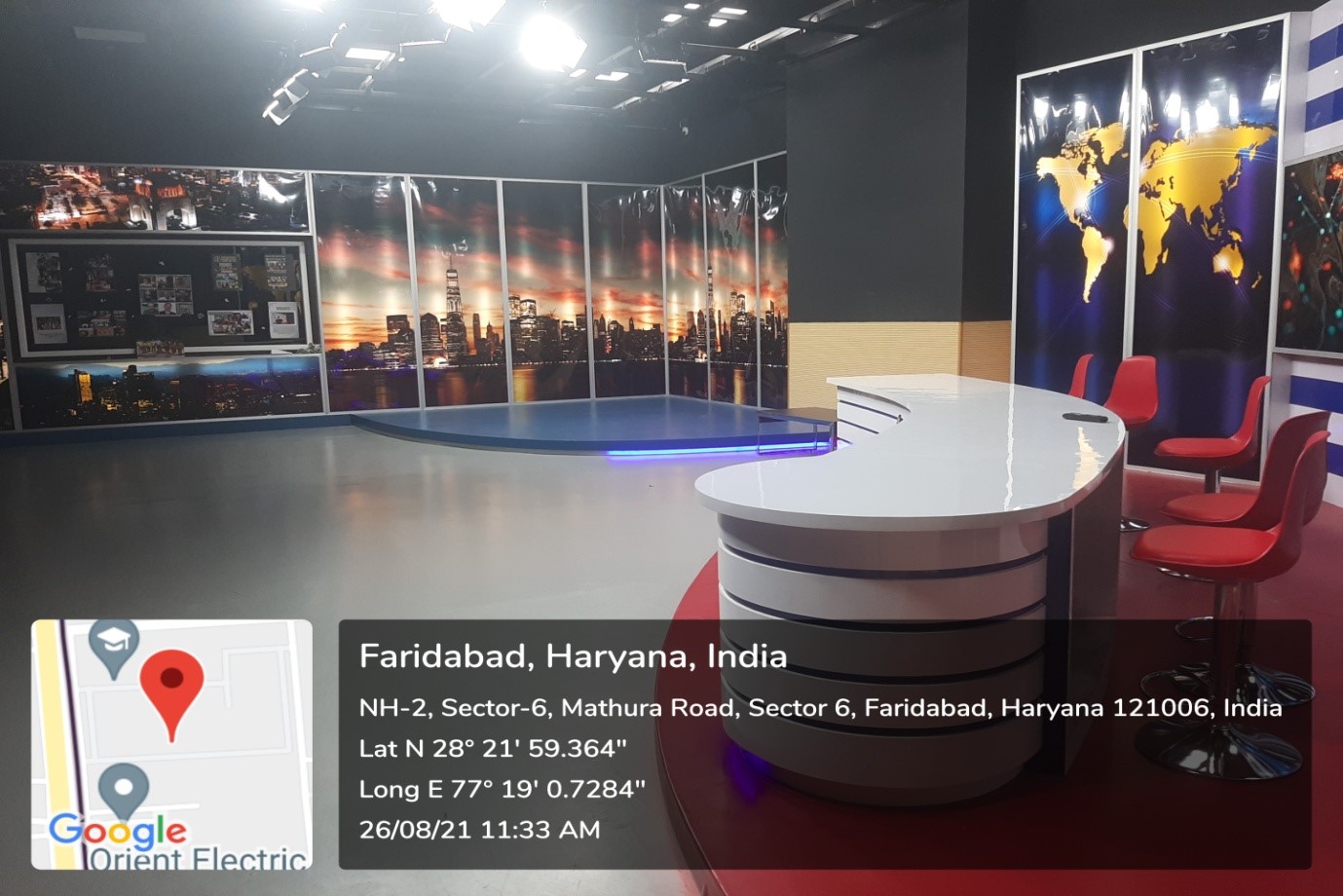 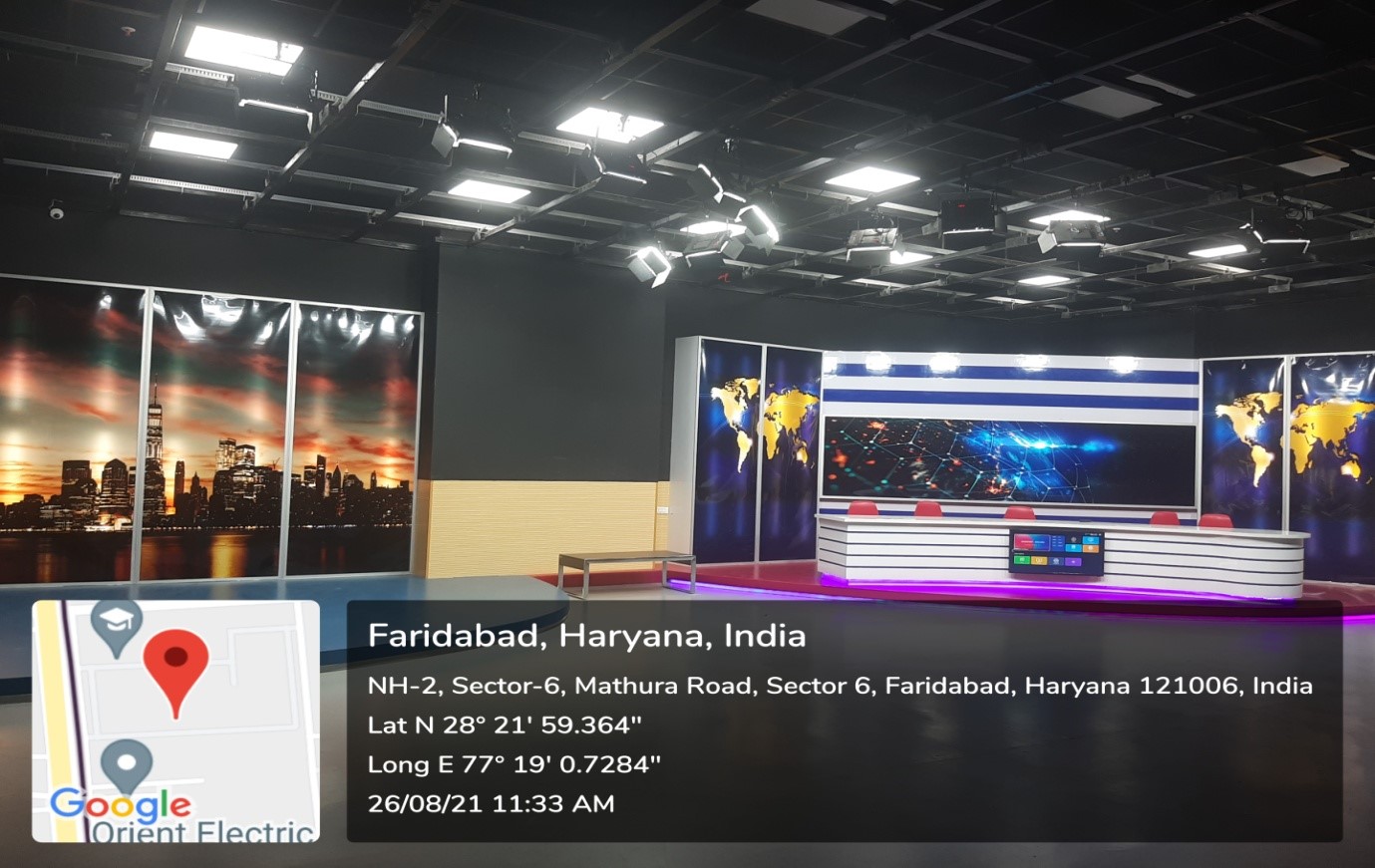 Conclusion: The objective of the Department of Communication and Media Technology to establish the Narad Muni’s Centre for Multimedia Production is to provide the Technical and Content creation hands-on practice to the Media students in film, TV, Radio, and Graphics & Animated film field. So that the Media students can enter easily in the fast-growing Multimedia Industry based on their Practical knowledge and establish themselves over there