The Department of Electronics Engineering of YMCA University of Science and Technology, Faridabad has  organised a week-long workshop from August 22 to 27, 2016 on ‘Recent Advances and Entrepreneurship in Renewable Energy’ in collaboration with Vigyan Prasar, an autonomous organization under Department of Science And Technology, Government of India.

In his address, Prof. Dinesh Kumar emphasized the need for organising such workshops in which the teachers could further enhance their skills by continuous interaction with experts in the relevant areas of Engineering and Technology. He said that these kind of workshops not only create new opportunities and a platform to stimulate new research work but also keep students upgraded with new inventions. He said that the equipment based on solar energy like solar lamp would be made by the students during the workshop and these equipment will be distributed among villagers in the adopted villages by YMCA University

In his key-note address, Dr T.V. Venkateswaran said that Science is much more beyond the perceptions. The modern notion of science says that one should accept those things which could be tested. In fact, science is for evidences and their acceptabilities. He also referred to the observations made by Aristotle and Arya Bhatta on the shape of the Earth. He stressed the need for more practical and research work in the science. Registrar Dr. Sanjay Kumar also addressed the programme and presented his views on the importance of renewable energy. He said that renewable energy has huge potential to provide solution to the issue of energy crisis. 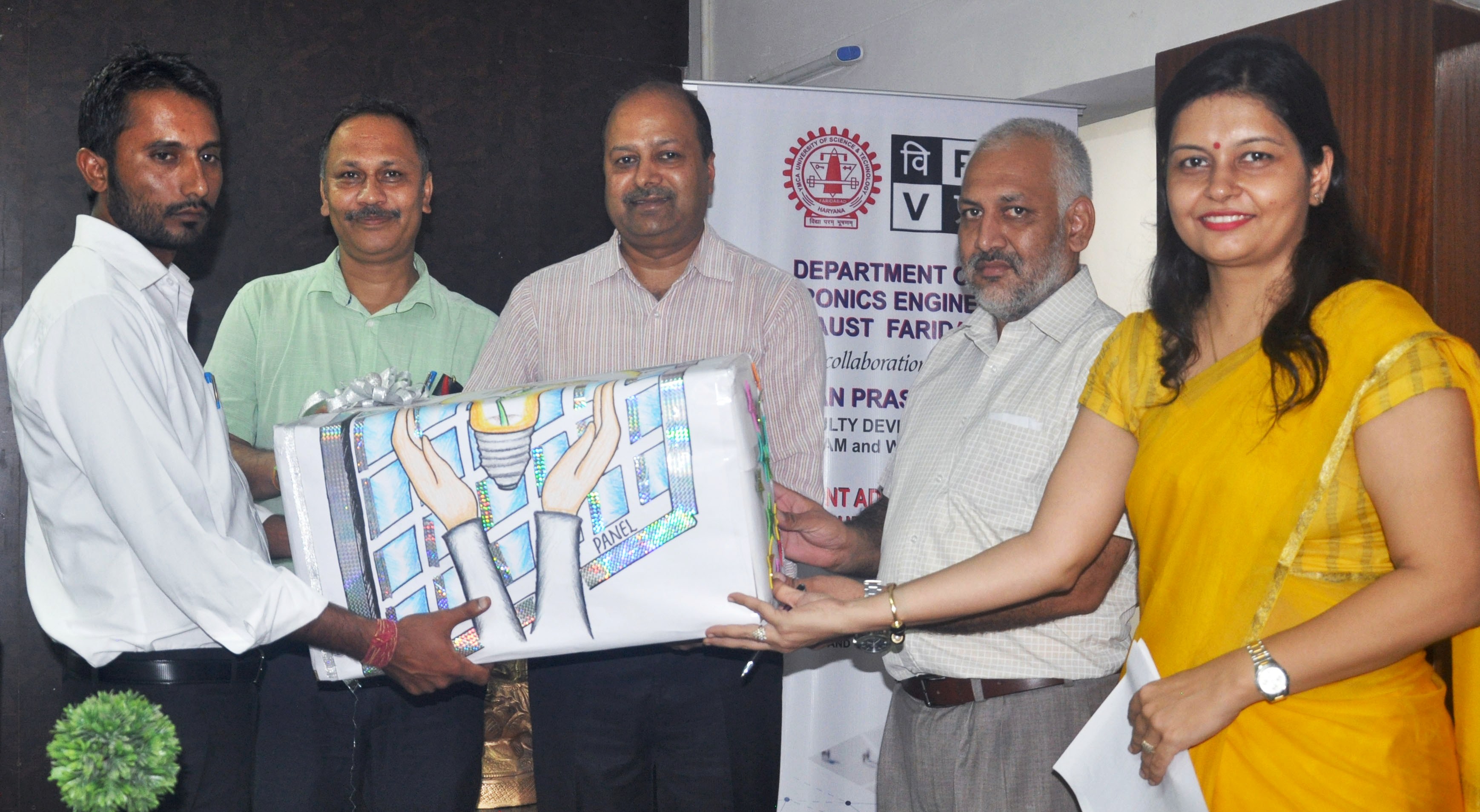 Lantern made during the workshop donated to a Village through sarpanch.